The Q&A is scheduled for 8:45PM EST
Please click on the image or the links below

Note: If you are having trouble joining the meeting above, enter Meeting ID: 81729984864 and join via Zoom App. 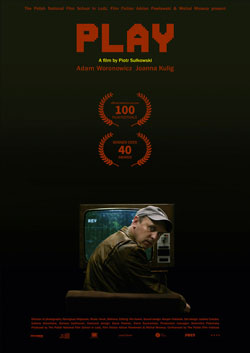 Synopsis: A man consumed by guilt because he did not dare to defend his mother, plays the role of a murderer and forces his ten-year-old self to face his original trauma… 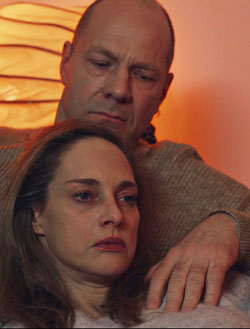 Synopsis: Sophie and Wolfram, both theater actors, want to spend their last days together. They share a fate. Diagnosed with cancer Sophie wants to end her life on her terms. In her apartment the two share intimate and tender moments. Wolfram leaves behind his daughters to explore the gentle love to Sophie. She lies to her friends about her condition at a dinner party to have one last life affirming evening. Uli her best friend promises to bring the life ending medication during the next days.With ups and downs in the days of waiting, through the power of her imagination; Sophie takes Wolfram to the stage one last time before breaking down in her apartment