The Q&A is scheduled for 5:30PM EST
Please click on the image or the links below

Note: If you are having trouble joining the meeting above, enter Meeting ID: 83695306984 and join via Zoom App. 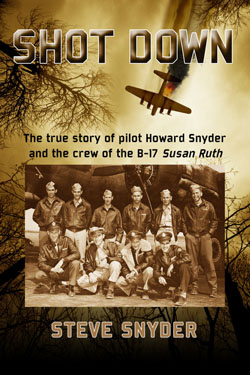 Synopsis: This documentary short is based on the awarding winning book SHOT DOWN: The true story of pilot Howard Snyder and the crew of the B-17 Susan Ruth written by Steve Snyder. After being shot down by by German fighters over occupied Belgium on February 8, 1944, Steve’s father Howard was missing in action for seven months but evaded capture. He was hidden by members of the Belgian Underground for several months and then joined the French Resistance to fight against the Germans. The film is a tribute to Howard, members of the 8th Air Force who fought the air war over Europe during World War II, and to the courageous Belgian patriots who risked their lives to help downed airmen. It also includes Steve’s amazing discovery of and resulting friendship with Hans Berger, the German Luftwaffe pilot who shot down the B-17 Susan Ruth, and at the same time, who was shot down by the gunners on Howard’s bomber crew. 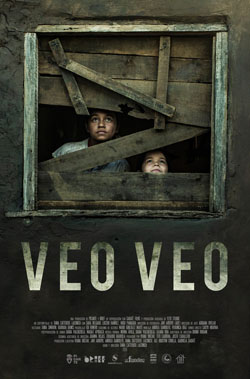 Synopsis: During the Paraguayan civil war of 1947, a girl from the red party establishes a friendly relationship with a boy of the opposing party. 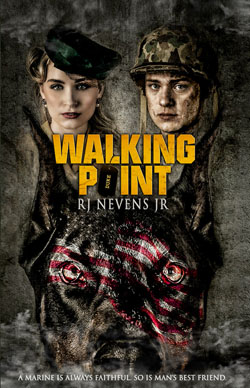 Synopsis: A Marine is always faithful. So is man’s best friend. Walking Point centers around a young Marine, Private John Markle, and his donated canine companion, Duke. They must survive battle in the Pacific in order to fulfill the two promises he made prior to being shipped out. 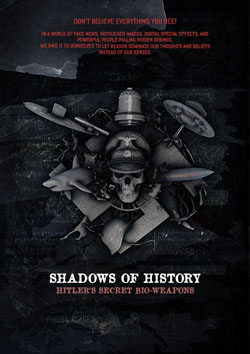 Synopsis: Don’t Believe Everything You See! In a world of fake news, retouched images, digital special effects, and powerful people pulling hidden strings, we owe it to ourselves to let reason dominate our thoughts and beliefs instead of our senses. 1945, shortly before the war ended. Hitler tries to turn Germany‘s fate in every possible way. Recently published documents from the archives of various intelligence agencies let assume that the Nazis actually did research on large eadwellers, like sharks, and with the help of genetically manipulated chemicals made them fly in order to use them as a last weapon against the Allies. Countless scientists and experts from all over Europe were interviewed for this documentary, historical places that had hardly been entered by anyone in the last 70 years, were visited. More and more evidence had been put together to consider the question whether the last secret wonder weapon of the Nazis was indeed of biological nature. Is this true? The seeds of Uncertainty…