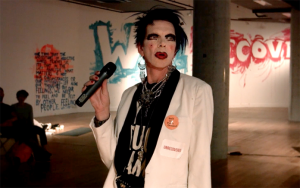 Synopsis An LGBT+ group from Greater Manchester are on a non-linear journey through recovery from substance use. Presided over by performance artist and high wire avant-guardist David Hoyle with supporting artist Jackie Haynes, their trips around the north west culminate in a once – and only once – live arts performance at Manchester’s international arts venue HOME. Cutting between final performance and nomadic workshops, the film bears witness to these recoverists’ unique perspectives on addiction, the vitalizing power of art and friendship and on what it is that they – and we – need to recover from. Commissioned by Portraits of Recovery. 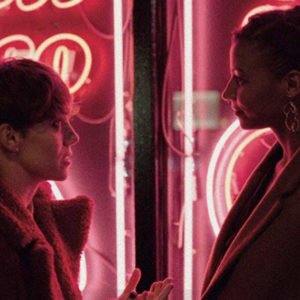 Synopsis Ruby Welles (stand-up comedienne Suzi Ruffell in her acting debut) navigates the streets of London’s Soho, a first date, a secret struggle and the challenge of being a single thirty something lesbian buffeted by the sounds and bustle of the West End in Mark Pinkosh’s first film. With Jessica Murrain and Jenny Bede.