Colin McMurray & Associates Inc., Talent Agency – Our agency officially opened on August 7, 2006. The Toronto Agency represents actors, singers, and dancers for film, television, voice over, commercials and theatre. While we have talent working in mainstream productions, our agency proudly keeps our roster at a Boutique-size, allowing us better focus on our clients and talent. The agency is a member of EIC (Entertainment Industry Coalition), where Actra helps govern a high quality code of ethics. 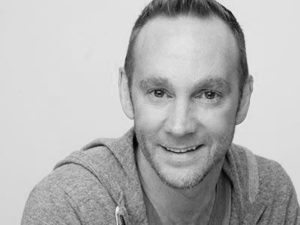 Colin McMurray – Colin is one of the most trusted agents in the city. As Founder and Chief Creative Agent at Colin McMurray & Associates, he has cultivated a unique and diverse roster of actors, singers and dancers who collectively have worked on stage and screen across the world.

Colin began working as an agent for The Talent House, under the direction of owner and theatre agent Bruce Dean.

After over a decade of managing many aspects of that agency, working as a commercial, voice-over, and youth film & television agent, he was hired as the Director of the talent department with Ford Talent Management. Colin managed their acting roster for several years before launching Colin McMurray & Associates in 2006. Colin is from Riverview, New Brunswick and studied Fine Art in London, ON.