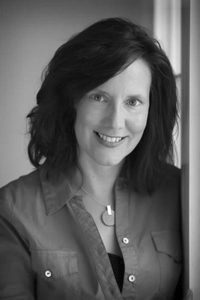 A Four-Sided Bed – Author, Screenwriter Elizabeth Searle will be *In Attendance*

BIO Elizabeth Searle writes film and theater scripts as well as books. She adapted the script for A Four-Sided Bed from her own novel. A Four-Sided Bed appeared on the Boston Globe Paperback Bestseller list and was nominated by the ALA as a best LGBQ novel of the year. It has been listed online as a Best Bisexual Love Story. Elizabeth’s screenplay for A Four-Sided Bed has won widespread awards recognition, including a screenplay prize from the Los Angeles Film Awards in 2019 and from Woods Hole International Film Festival. The script was a Finalist at Indie Visions and Los Angeles Film & Script Festival and at Script Summit Festival in Las Vegas, all in 2019. Elizabeth also wrote TONYA & NANCY: THE ROCK OPERA, based on the Harding/Kerrigan skating scandal: an original theater work which has had multiple productions around the USA, including in Boston, LA, Chicago and NYC. The show has drawn major media coverage, including ESPN Hollywood, MSNBC, CNN, People.com, the AP, Good Morning America, and NPR.